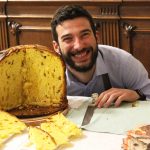 Share with your friends
Submit
Skip to content
During the last years, Lisbon was embraced by the sweet aroma of Loison Panettone, thanks to a young Italian "Insolito Ambassador": Alessandro Vho.

Alessandro, class of 1991 from Lodi, graduated in Sciences and Technologies of Animal Productions, who just completed the Master in Food and Wine Culture in Ca’ Foscari, Venice. Let us find out how his tasty adventure in Portugal went!

"I was at the end of my Master in Ca' Foscari, in the phase during which a four-month internship is planned; thanks to Professor Christine Mauracher, I came in contact with Dario Loison, who suggested this opportunity. At first, I spent July with the company for a formation period about the Loison Products: from production to packaging, by way of studying the company and the preparation of the project Loison Ambassador in Portugal". 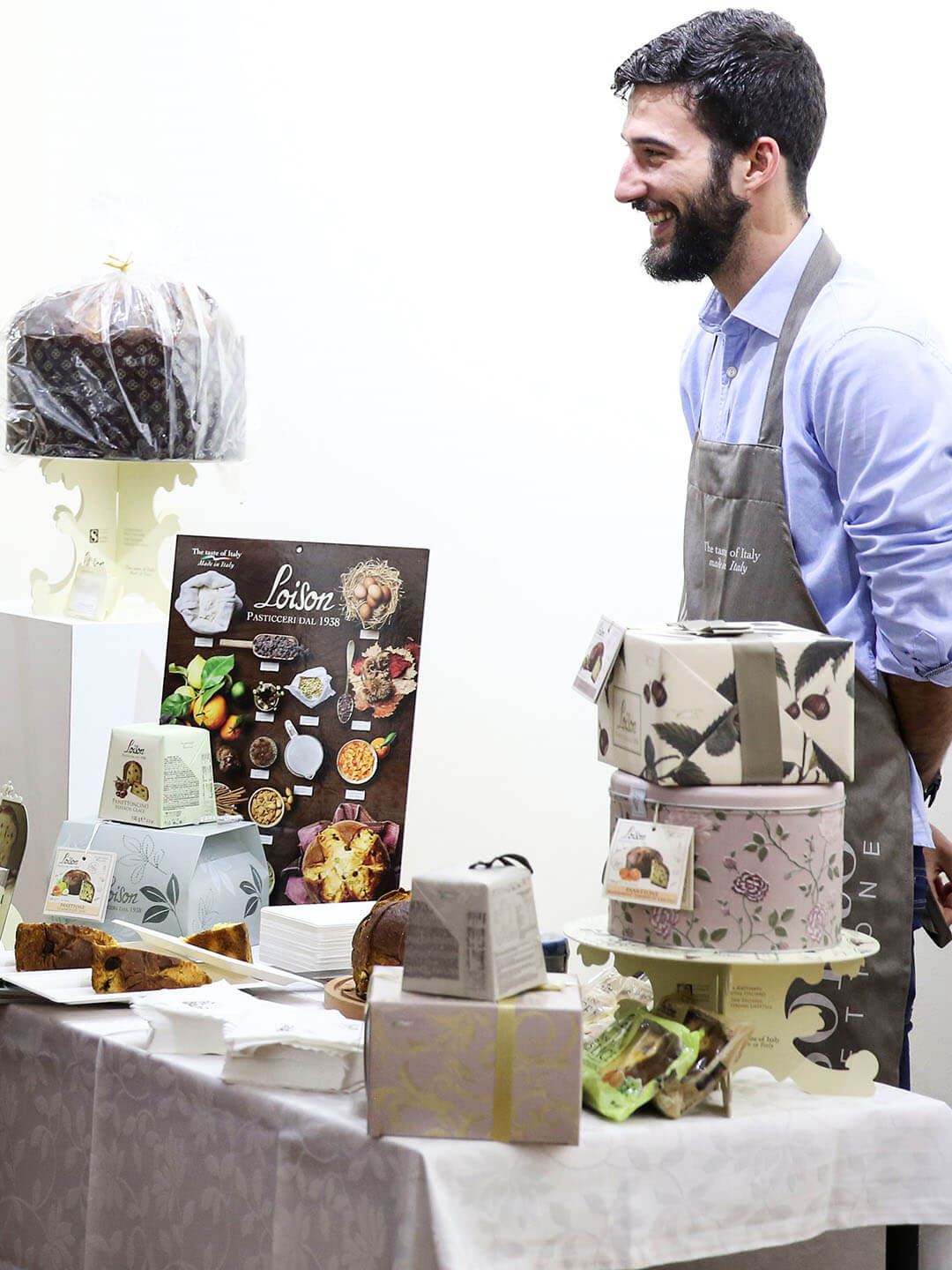 When you arrived in Lisbon, how did you start your activity?
"I started at Lusitalia, a historical Loison client since 1995, the first to create an Italian products import reality in Portugal and still an exclusive one thanks to Loison Panettone. Firstly, I predisposed a mapping of pre-existing and potentially new clients among bars, wine bars, restaurants, bakeries, gourmet shops, etc... in Lisbon; then, I started visiting them and letting them taste the Loison Panettone. At first, I was accompanied by commercial colleagues from Lusitalia, and then I started walking on my own two feet".
Is it true that you organized tasting sessions with the Italian Culture Institute? How did this opportunity come to happen?
"The collaboration started at my behest and with a pinch of luck, thanks to the fact that the Manager already knew the Loison brand well because of previous activities within the Culture Institute. So, by suggesting Loison Panettone tasting sessions during the institute's events and conferences, we had a common goal: spread the culture of Italian flavor and tradition and the strength of the Made in Italy's craftsmanship" 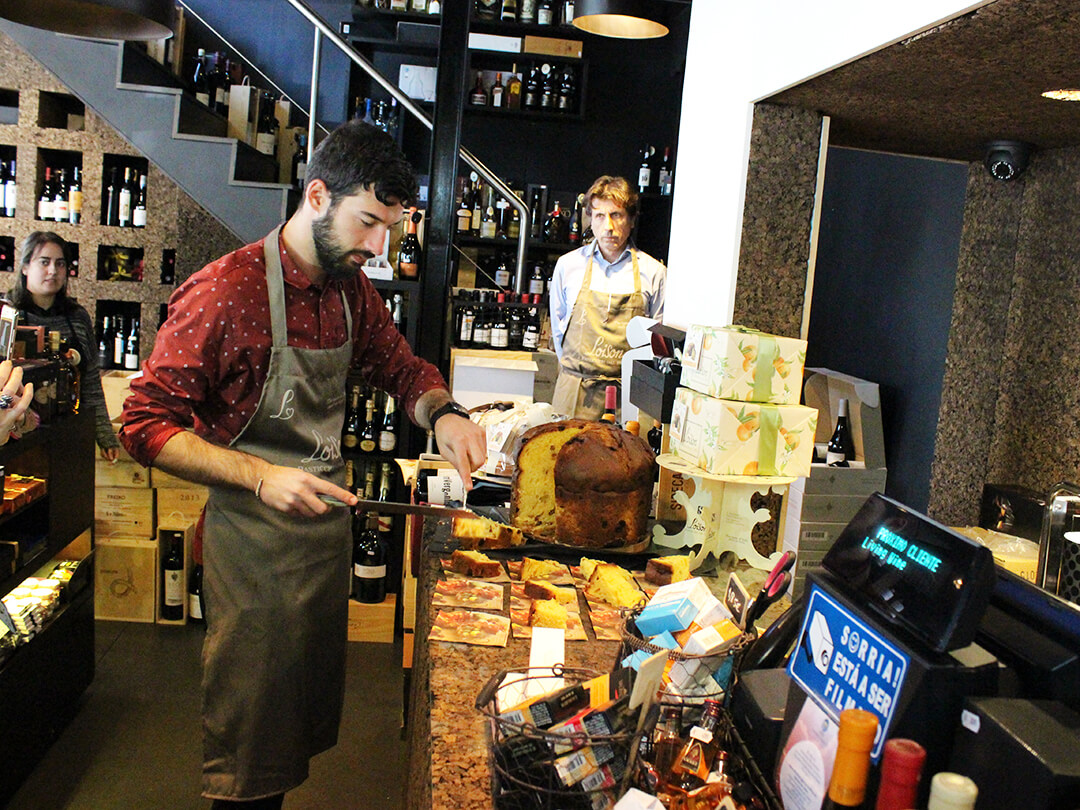 And which events did you join?
"The first event was the opening of Marina Bindella's photographic exhibition "Oceanografia," where the Panettone was a great success; then there was another event with a movie projection and a conference, and, lastly, the most important event was the 'Seconda Settimana della Cucina Italiana nel Mondo' (Second Week of Italian Cuisine Around the World), where I attended both the event's opening and closing. The inauguration was a big success for the Loison products; the 6.5 pounds magnum was soon "demolished"!o”! The closing of "Seconda Settimana della Cucina Italiana nel Mondo" confirmed the opening's great success: there were about a hundred people, and all of them appreciated Loison Magnum Panettone. Even the ambassador tasted it and complimented both the product and the packaging".
Did you get an idea of who likes the Italian flavor and, more specifically, the Panettone?
"The Italian community, of course, appreciates the Italian flavor so much that it cannot do without our cuisine; also, many medium-high level Portuguese people appreciated the Panettone and were left very enthusiastic about its tastiness! Lastly, Portugal has a good tourist influx and new European senior citizens who, because of a favorable tax regime, create an important community here in Portugal; and during Christmas, as well as other holidays, they appreciate the Italian cuisine's tradition and the Panettone" 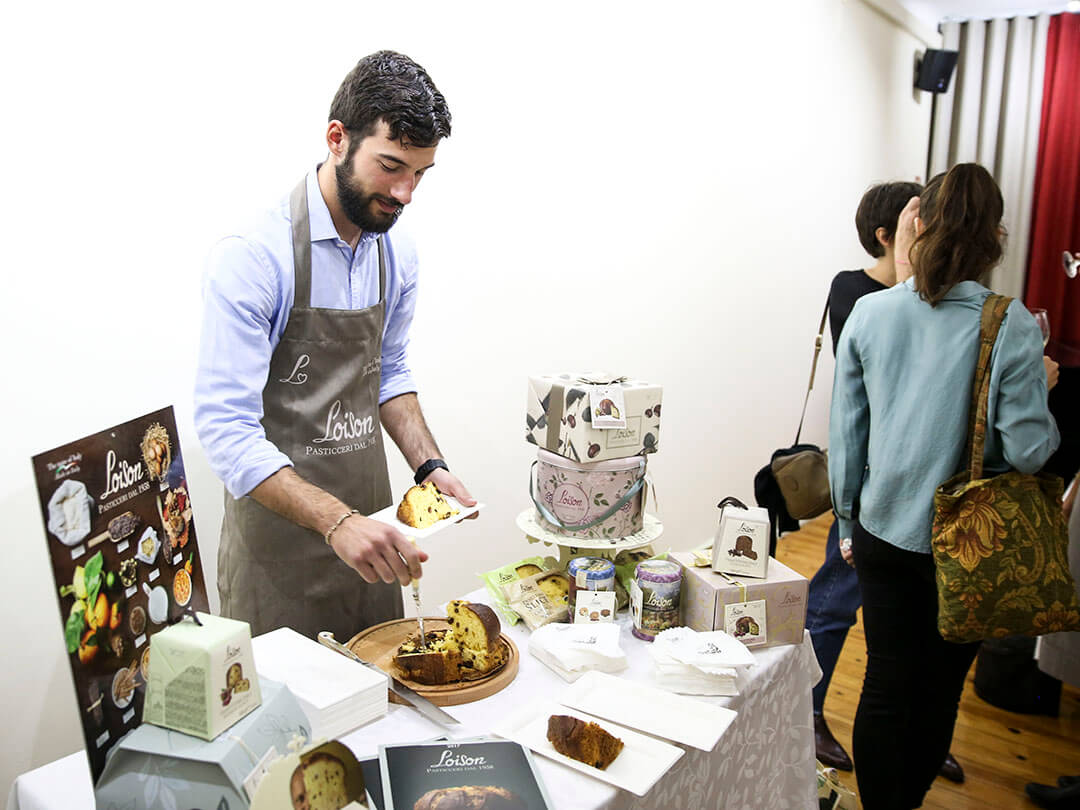 But is the Panettone known in Portugal? Which flavors do Portuguese people appreciate more?
"The Panettone is a dessert that meets the Portuguese people's tastes: among the traditional varieties, the love the Classic one, chocolate flavored with Marron Glacé, because Portugal is rich of chestnut groves and there is the tradition of eating roasted chestnuts in the streets. Among the most innovative flavors, they surely prefer the Noel Panettone and the Rose one. Also, the versatility of its packaging and the possibility of reusing it is very much admired".
Last question: What is the typical Portuguese Christmas dessert?
Portuguese people are very rooted to the traditions and thus love their typical Christmas dessert, called Bolo Rei or Bolo da Rehina, which is never absent from their tables during Christmas and Twelfth Night. It is a leavened sweet shaped like a doughnut, made with wheat flour, almonds, hazelnuts, and covered in crystallized fruit. Good and tasty, yes, but I think our Panettone has no equals!"
Other portraits
PORTRAITS/ChefMatteo Grandi – Matteo Grandi Restaurant in Basilica
PORTRAITS/ChefDanilo Angè – Chef, Consultant, Professor, Author – Milan
PORTRAITS/ChefPaulo Sverko – Ristorante Fančita Orsera/Vrsar – Istria Croazia
<?