Share with your friends
Submit
Skip to content
Cook, consultant, professor and now book author: "The good thing about my job is that every day I make something different".
HIS LIFE, HIS CUISINE
A life in the kitchen. Danilo, when did you decide to become a chef?
My mother used to tell me that when I was little I wanted to be either a chef or a photographer. It was a strange choice because there was no one in the house who I wanted to emulate. In any case, I think I've had my mind set ever since I was a child.
In my job there is never a restaurant routine, every day I create something new.
From chef to consultant to professor: what brought on this change?
It all came about by chance, I never thought I would continue to do this job as a teacher and consultant. The good thing is that now every day I do something different, there is never the routine of a restaurant and it is very stimulating.

How is a new recipe born?
There is no fixed rule: it can be an ingredient you find by chance or while leafing through a book, everything comes from our daily life.
When you're not cooking, what does Danilo Angè do?
My work is my passion. Which is a blessing because I really do what I like. When I'm not cooking, I take the time to travel.
HIS BOOK "ATMOSFERA ZERO” 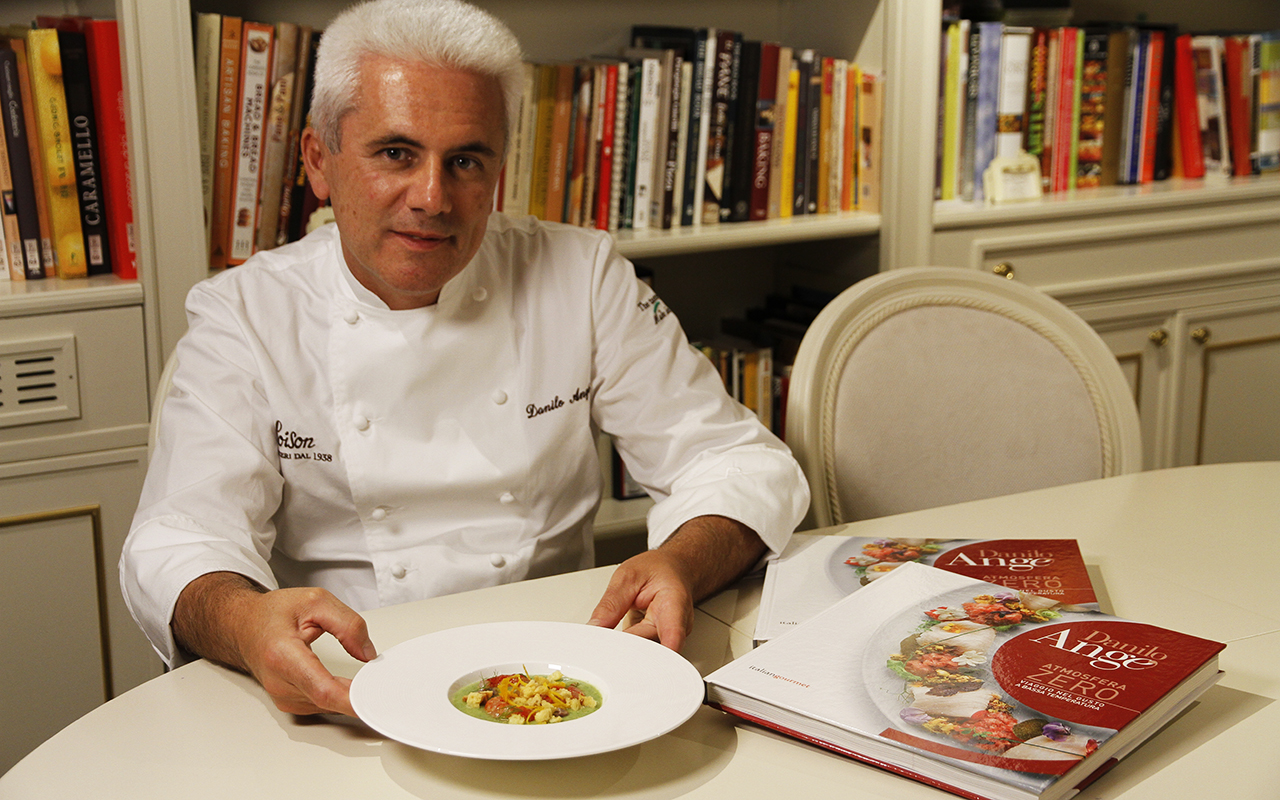